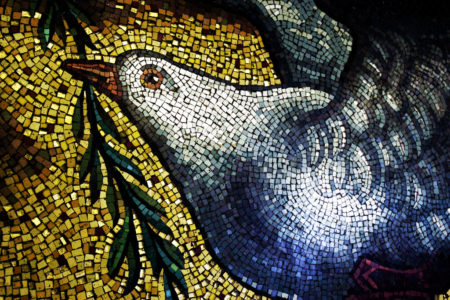 This article was originally published by the IPI Global Observatory on 19 September 2016.

Last year was a banner one for progress on multilateral norms, with adoptions of the Paris climate change agreement, the Sustainable Development Goals (SDGs), and “sustaining peace” resolutions by United Nations member states. It was also a notable year for a different multilateral genre: UN reform proposals. Comprehensive plans were developed by the Independent Commission on Multilateralism and the Commission on Global Security, Justice and Governance; and three blockbuster reviews of UN peace operations and architecture were completed—the High-Level Independent Panel on UN Peace Operations (HIPPO), the Advisory Group of Experts on Peacebuilding, and the UN Global Study on Women, Peace and Security. The bottom line was clear: dramatic changes are imperative in UN headquarters and the field if the world organization is to respond to the 21st century’s complex threats.

The stage was set for 2016, only the second time—the first was in 1996—that the campaigns for the United States president and the UN secretary-general would run in parallel. Both have been protracted. As the race to become the ninth secretary-general heats up, it is important to remember an essential consideration: on January 1, 2017, a “honeymoon” begins. The position still may be what the first secretary-general Trygve Lie called “the most impossible job in the world,” but the post-Cold War era has provided its holders with more possibilities for institutional housecleaning. And history provides lessons for 2016’s successful candidate. Many recall Lie’s successor Dag Hammarskjöld’s first year as an unparalleled struggle for institutional reform, but Cold War secretaries-general were less able quickly to shake up the world organization’s machinery than their post-Cold War counterparts.

After the drawn-out campaign, the incoming leader is likely to benefit from a residue of member states’ good will. Moreover, the senior leadership (that is, under- and assistant-secretaries-general) customarily tender their resignations, which provides the new secretary-general with an opportunity to make quick adjustments either through new blood or reappointments and reassignments. The moment provides the chance to embark in new directions; to put a stake in the ground. But how the secretary-general opts to use the window of opportunity is as important as having an open window. As history shows, not all honeymoon reforms are the right ones at the right time. Even the best-conceived, if implemented at the wrong moment, can overwhelm the system.

Calls to drastically revamp the UN’s architecture, of course, are hardly new. In the 1960s, for instance, UN administrator Robert Jackson was tapped to imagine restructuring the development system, but this mover-and-shaker gave up on what he dubbed a “pre-historic monster.” Countless unsuccessful attempts have been tabled since the 1969 Capacity Study, which Jackson’s collaborator and former under-secretary-general Margaret Joan Anstee described as “the ‘Bible’ of UN reform because its precepts are lauded by everyone but put into effect by no one.”

History suggests a particular roadmap for making the most of moments to increase the momentum for change. In the post-Cold War era, modifications in the balance of power and in mainstream ideas about international politics, norms, and priorities have not only led to increased expectations for the UN, but also opened wider the windows of opportunity for reform at the outset and twilight of a secretary-general’s mandate. We have probed when post-Cold War secretaries-general challenged, sometimes successfully and sometimes not, the standard operating procedures that customarily lead to the default option for member states and staff: to resist change and opt for inertia. In recent history, most of the signature reforms have occurred in the first 6-9 months of their term in office and later, on their way out.

Javier Pérez de Cuéllar was the last secretary-general not to campaign for the office, and his second mandate as the first post-Cold War occupant of the post began with the Group of 18 review of administration and budgeting. The “Halloween Massacre” (the firing of eleven under- and assistant-secretaries-general) was an early result of this process, as was the creation of the Office for the Research and the Collection of Information, a semi-clandestine effort to support the secretary-general’s peacemaking by drawing good people into a talent pool. The final years included a burgeoning cottage industry of peace operations that laid the groundwork for his successors.

Both Boutros Boutros-Ghali and Kofi Annan instituted sweeping staffing and management changes in 1992, 1997, and 2002; and both began with detailed visions for the future. Within a self-imposed deadline of his first two months in office, Boutros-Ghali cut some 1,800 posts, including abolishing 18 senior ones—the director-general among them—and put all under- and assistant-secretaries-general on a short leash of a one-year contract. He split the former Department of Special Political Affairs into the Department of Peacekeeping Operations (DPKO) and the Department of Political Affairs. Annan fully capitalized on the honeymoon period. He was the first secretary-general to have a vision for all parts of the UN, including development, and his success could be attributed to his judicious choices of reformers, which included putting Canadian businessman Maurice Strong in charge of a forced-pace march to formulate a plan for overhaul. By the end of his first year in office, the plan had secured the General Assembly’s blessing.

Within his first two months in office, Ban Ki-moon had split DPKO into operations and field support and created a second under-secretary-general post, a change that had not been envisioned in any of the major reviews undertaken in the preceding years and was not part of the ongoing capstone peacekeeping doctrine consultations. Boutros-Ghali spent much of the end of what would be a single term doing battle with the United States rather than securing an organizational legacy. Annan used the end of his first term and the new century (coinciding with the UN’s 55th anniversary), and particularly the 60th anniversary of the organization, to leverage structural change. Ban squandered the honeymoon and reform slowed; his modest legacy—marked by ill-timed reforms and the implementation of end of tenure low-hanging fruit—appears a consolidation of earlier efforts and new proposals left mostly for his successor, along with a renewed hunger for a bolder occupant of the 38th floor of the secretariat building.

Secretaries-general have more room for maneuver than many think, but they are products of their time; major powers have limited tolerance for autonomy, even during a honeymoon. The new secretary-general will assume the job at a particularly turbulent moment with an urgent need for innovative problem-solving, focus, and priority-setting. The Security Council is deeply divided, with two of its Western permanent members—the United States and the United Kingdom—undergoing harshly contested leadership transitions. Two of the UN’s key multilateral partners, the European Union and the African Union, are also facing massive challenges inside and outside their respective regions.

The new leader’s journey begins in the wake of three major reviews of UN peace operations— the world organization’s most visible activities—whose myriad recommendations would substantially alter the way that the organization functions, for good or for ill. She or he must digest mountains of paragraphs—the June 2015 HIPPO report alone contains over 100 recommendations, while the 17 SDGs and their 169 explanatory paragraphs (with at least as many targets) are overwhelming. Thousands of hours of diplomatic and staff thinking have gone into these reviews. Individual champions and ad hoc working groups have already mobilized for particular sets of recommendations.

To open wider the window of opportunity, the new secretary-general will need to factor into a starting vision some of these 11th hour inherited proposals and make two early, critical assessments: First, how much room for maneuver actually exists? In other words, what will the market bear, both externally among member states and internally among under-resourced and over-worked staff? Second, what reform priorities at this moment actually can help move things forward rather than just displace problems or create new ones down the road?

In short, the new occupant of the UN’s top floor requires more than anything else an overarching vision about institutional reform rather than waste the opportunity by choosing low-hanging fruit or merely reacting to member state initiatives. It would be preferable to identify one or two manageable and catalytic changes for the first six months rather than dozens that wreak havoc. Ideally, the start-up vision would also include a visionary plan for heavy-lifting accompanied by the tenacity to pursue institutional reforms that come with time and perseverance. A courageous and necessary stance for the next secretary-general would be to say that there are some great ideas out there, but 2017 may not necessarily be the right moment for them. Timing is essential, and Ban’s mobility framework, implemented in his last year in office, for example, appears to have paralyzed the personnel system already overtaxed by myriad crises. “Do no harm” should be part of a Hippocratic reform oath.

Without an overarching vision of what one ultimately hopes to achieve, reforms often can amount to just moving shells. A break is created elsewhere, and other staff arrangements are required to compensate. The idea that efficiency results from splitting large into smaller units does not necessarily hold. Indeed, consolidation and centralization should not be anathema but be considered far more often—the precedent-setting 2010 creation of UN Women, for instance, by shuttering four smaller organizations. The model for the UN over the years has been expansion by accretion—with new bodies or new parts of old ones added for every new problem. However, more and more moving parts with less and less synergy—as well as higher transaction costs for both governments and UN staff, but with too few results—should give way to a different vision of fewer moving parts and more concentration on comparative advantages.

Brian Urquhart was the second UN staff member recruited in 1946 after surviving combat in World War II, and he recalled the “remarkable generation of leaders and public servants” who led during and after the world cataclysm. These pragmatic idealists were “more concerned about the future of humanity than the outcome of the next election.” The current generation of presidents and prime ministers of major and minor powers alike have no such vision. Let’s hope that the next UN secretary-general does.

This year’s successful candidate must be willing to move boldly and quickly. But those fighting the world’s fires cannot also be tasked with implementing reforms because impossible deadlines leave everyone exhausted and dissatisfied. An indication of the next secretary-general’s seriousness would be a lean yet representative transition team or taskforce that would focus for 12 months on setting priorities from the many reform recommendations and formulating proposals to transform the secretariat’s culture and structures. That dedicated group should thus have reform as its full-time job. One of the functions of supporting staff would be to mount a communications campaign to alert member states and staff about the logic behind the range of ideas under consideration, as well as to identify ways to implement change rather than protect turf. Part of their commitment and contract would be to eschew future UN employment for at least two years.

The election of a new UN secretary-general provides the occasion to rekindle optimism about the potential for multilateral cooperation. Ban Ki-moon’s replacement must appreciate the flaws in the structure and staffing of the dysfunctional UN family but have the knowledge, determination, and—dare we say—charisma and guts to undertake the Sisyphean task of reforming them.

Thomas G. Weiss is Presidential Professor at the City University of New York’s Graduate Center; Tatiana Carayannis is Deputy Director of the Conflict Prevention and Peace Forum at the Social Science Research Council. This essay is based on a forthcoming article, “Windows of Opportunity for UN Reform: Historical Insights for the Next Secretary-General.”