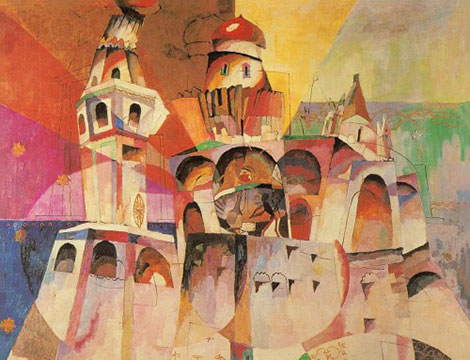 As a U.S. citizen living abroad, I have watched social media recently expose deep divisions in my country between particular communities and the authorities. (The documented and high profile killing of several black American men by law enforcement agents exemplifies the point.) What strikes me about this mutual estrangement is the parallels it has with communities around the world that suffer from weak or absent governance. In both cases, it is not surprising that individuals and communities would want to prevent further violence. One consensus-building tool they could use is the Early-Warning/Early Response (EWER) framework, which is designed to address tensions that might escalate into overt violence.

In a contribution I made to this blog series last year, I looked at top-down/bottom-up approaches to EWER. In today’s blog, I would like to elaborate on my CSS Mediation Resources publication, Preventing Violence: Community-based Approaches to Early Warning/Early Response, which provides a ‘best practices’ resource for communities, practitioners, policy makers, and researchers, looking at the successes, pitfalls and promises of EWER mechanisms. At its heart, the publication affirms the essential role of building relationships and trust within communities, and between them and the authorities that should ideally serve them.

In a departure from earlier EWER models, most of which operated at the macro-level, community-based approaches to violence prevention focus on local-level initiatives to avoid violence. Indeed, by establishing Indicators, performing communal Monitoring (i.e., gathering information, reporting, and analyzing data), and strategizing for the right Response, community members can devise meaningful interventions that have a higher likelihood of success. Let’s look at these three steps more closely.

The basic structure of community-based violence prevention draws on Early Warning/Early Response approaches. In the case of Indicators, the fundamental question is straightforward: What are the signs that tensions are rising and that the potential for violent conflict is increasing? These indicators, it’s important to remember, come from a variety of sources and special attention should be given to people at the margins of a community (women, youths, migrants, and minorities), who are often the first ones affected by rising pressures. The point is to be as broadly inclusive as possible, both for ethical reasons, which are important but not always convincing, and to raise your prospects for success.

Once the signs of rising tensions and/or potential violence have been identified, the Monitoring challenge arises. The question here is also straightforward: How will the previously identified indicators in the community be measured, reported, and analyzed? Community-based monitoring is a sharp departure from other EWER constructs because the information is not extracted from the community in order to serve the needs of external experts. Instead, the information remains within the community, and thereby provides its members with the opportunity to understand and evaluate their own situation.

Finally, when communities have the opportunity to conduct Monitoring, they also have the ability to build a consensus around constructive and accessible Responses. Other EWER mechanisms both assume and encourage the intervention of external powers, either via security forces or Track 1 mediation intervention. In sharp contrast, community-based approaches draw on the resources of the community itself. Successful examples include meetings of elders, the sending of mutually acceptable and respected community leaders for direct interventions, the development of community agreements and codes of conduct, and coordinated efforts to influence policy and policy-makers.

Most significant, however, is that the very act of employing an Early Warning/Early Response mechanism that indicates, monitors, and responds at the grassroots level is itself transformative. To enjoy broad success, such a mechanism requires the engagement of all parts of the community. If these different parts then have the time and space to build a consensus together, the opportunity to establish and transform relationships increases, and it is upon the foundations provided by these relationships that effective monitoring and responses ultimately rest. To use a few of the popular buzzwords, these relationships lead to ‘local ownership’ of a process, increased ‘resilience’ to violence, and improved ‘social cohesion.’

The above description explains the community-based approach to EWER on the conceptual level, but what about at the more concrete one? Well, by stressing community ownership and involvement, local people are able to reach internal agreements on behavior that have direct consequences for those who do not abide by the agreements. Think of Belun in Timor-Leste, for example, where such agreements are common at the sub-district Conflict Prevention and Response Networks level. Rather than replace or subvert the law, these agreements 1) occur within the existing legal framework; 2) are blessed by local traditional and governmental leaders; and 3) are enshrined through ceremonies that are familiar to the community and facilitated by local religious leaders.

Well and good you might say, but what role should law enforcement or military personnel have in trying to prevent violence? One flaw of many Early Warning/Early Response models is that they expect such forces to take on full responsibility for prevention. Community-based approaches, in contrast, don’t stress this type of response because local communities have limited or no say on the deployment and missions of police and military units. Still, the Search for Common Ground’s project in Nigeria’s Borno State has found it essential to include – openly and transparently – local security actors in their EWER processes. The open engagement of these players, after all, facilitates information sharing, undermines accusations of external ‘spying’, and improves the ability of often under-resourced security actors to respond to the problems in their jurisdictions.

Let me close my advocacy of community-based EWER by acknowledging that it is currently both under-researched and under-reported. One reason for this is that they are difficult to evaluate in empirically-grounded ways, especially since the extent of violence that is prevented is difficult to measure. All the same, community-based approaches to Early Warning/Early Response rest on foundations that are gaining wider acceptance and are finding greater empirical support. These foundations include 1) the presumption of the highly dynamic and context-specific nature of conflicts and violence; 2) the preference for locally supported and driven initiatives to institute sustainable change; 3) the essential role of gender inclusivity and the involvement of youths; and 4) the limited role of external actors.

Community-based EWER methods are not a panacea, but as the two case studies, and numerous other examples, demonstrate in Preventing Violence: Community-based Approaches to Early Warning/Early Response, they represent a promising tool for preventing or reducing violence and building a consensus for peace in communities that range far and wide.

Steven Leach is a conflict transformation practitioner, facilitator, and scholar, with recent experience in South Africa, Tanzania, and Uganda. He is the author of a CSS Mediation Resources volume on “Community-based Approaches to Early Warning/Early Response.”