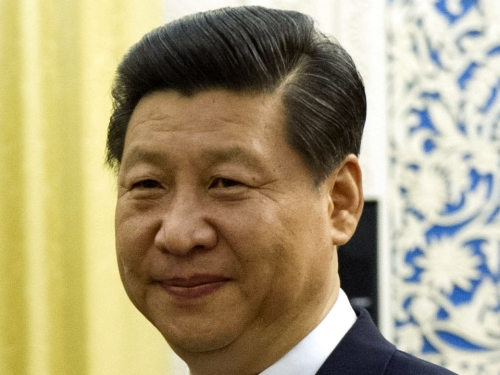 This article was originally published by RSIS in the 167th edition of RSIS Commentary on 20 August, 2014.

The Silk Road Economic Belt (SREB) proposal put forward by Chinese President Xi Jinping is considered a new model for regional and South-South cooperation. It is also the priority area for China’s all-round opening up and neighbourly diplomacy. While SREB potentially involves over 40 Asian and European countries, Central Asia occupies the centerpiece of the Belt.

Since the announcement of SREB, the Chinese side — both the central and local governments, particularly the western provinces — has shown great enthusiasm in further reaching out to Central Asia countries. However Central Asian countries seem to have mixed feelings. On the one hand, they generally welcome more Chinese investment while on the other, some express anxiety and concerns with China’s rapid expansion in the region. This is partly attributed to lack of a clear time table and detailed roadmap for constructing SREB and partly due to the complicated political and social dynamics in Central Asia. Thus, the success of the SREB will have to start with a better understanding of the political and economic dynamics in Central Asia.

The term ‘Central Asia’ currently encompasses the five former soviet republics of Kazakhstan, Kyrgyzstan, Tajikistan, Turkmenistan and Uzbekistan. While these five countries do have many similarities in terms of geographic location, culture, language history and religion, it is wrong to view Central Asia as a single regional grouping with similar economic, political and foreign policies.

Central Asia is deeply divided for a wide range of reasons. Firstly, due to their very short history of independence, all leaders of Central Asia prize their countries’ sovereignty. Building national solidarity and autonomy in foreign policy making is considered the top priority. Secondly, due to incomplete delineation of boundaries following the collapse of the Soviet Union, all five countries have border disputes of varying degrees with each other. The most contentious dispute is in the Ferghana Valley, where Tajikistan, Uzbekistan and Kyrgyzstan all have made historical claims to pieces of land in each other’s territories.

Thirdly, similar to boundary disputes, water dispute is also a major source of tension. Water has always been the most precious resource in Central Asia. Most of the fresh water comes from run-off from the high mountain ranges of Pamir and Tien Shan located in Kyrgyzstan and Tajikistan and flow to downstream countries including Uzbekistan, Kazakhstan and Turkmenistan. Without a viable regional approach to replace the Soviet system of water management, competition for water resources has become one of the top threats to regional security.

Fourthly, unlike ASEAN where Indonesia is the recognised leader with a keen interest for regional integration, there is an apparent competition for leadership in Central Asia. Kazakhstan is the economic powerhouse and with the largest territory whereas Uzbekistan is the most populous country with a strong army. The two countries do not get along well with one another and have very different strategic and foreign policy preferences.

With phenomenal growth in trade and investments between China and Central Asia in recent years, China’s influence is certainly on the rise. However, it is premature to claim that Central Asia is now China’s backyard and Russia has lost its dominance. In fact, Russia is still the dominant power and China is far from capable of commanding Central Asia’s direction moving forward.

Russia enjoys unmatched advantages in Central Asia, socially and culturally. Russian is the universal language in Central Asia and many of the central Asian elites were educated in Russia and have close connections with Russian leaders. Russia and Central Asian countries also have similar culture and tradition. Economically, despite the growing importance of China, Russia is still the prominent economic player in Central Asia, particularly for Kazakhstan and Kyrgyzstan. This is evidenced by the formation in May 2014 of the Eurasian Economic Union among Russia, Kazakhstan and Belarus (Kyrgyzstan will join soon), as compared with Central Asian countries’ reluctance to officially support the SREB.

In the political and security arena, Russia’s dominance is even clearer. For instance, Russia has a big military presence in Central Asia: Kazakhstan hosts Russia’s Baikonur Cosmodrome and several military training facilities, Kyrgyzstan has a Russian air base and Tajikistan is home to some 7,000 Russian troops.

The widespread China phobia in Central Asia further adds to China’s disadvantages. Due to historical memories of the Soviet era and China’s religion policy in Xinjiang, the general public has a rather negative impression of China. In recent years, business practices adopted by Chinese companies which tends to pay less attention to local culture and religion, and are poor in corporate social responsibility, further contribute to the negative image.

Implications for the Construction of SREB

Given the factors above, the construction of SREB has to be a gradual and incremental process and China needs to pay special attention to the following aspects:

As the regional divide is deep and mutual trust is extremely low in Central Asia, a multilateral approach to build the SREB might not work very well. Instead of focusing on grand projects which needs the involvement of many countries, China should adopt a bilateral approach to work with individual countries. It is better to build the momentum with smaller projects first and seek opportunity to connect the ‘dots’ in a later phase.

Russia’s interests need to be accommodated. Although the main motivation behind China’s SREB is not about counterbalancing Russia’s influence, Russia is bound to be concerned about China’s expanding presence in Central Asia. It is certainly too much to expect Russia to support China’s SREB projects in Central Asia, but it is critical to accommodate Russia’s interests, particularly in the political and security arena, so that Russia will not stand in the way.

In terms of building economic ties, efforts should be made to restructure the economies of central Asian countries and Chinese western provinces to build a regional supply chain that avoids direct competition. In addition, while energy cooperation will still be the focus of the SREB plan, promoting agricultural ties between China and Central Asian countries should be prioritised as well.

Unlike energy investment, which tends to mostly benefit the Central Asian elites, agricultural cooperation has the potential to bring wider economic benefits to the ordinary people and help address the water disputes among regional countries, and in the process address growing food security concerns of both parties.

Zhang Hongzhou is an Associate Research Fellow with the China Programme at the S. Rajaratnam School of International Studies (RSIS), Nanyang Technological University.