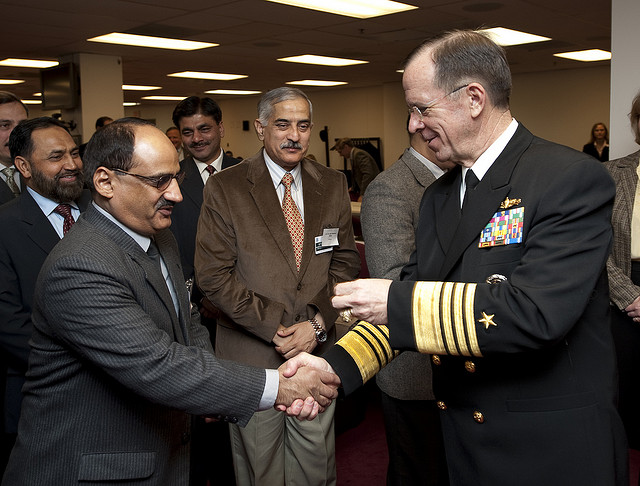 Following those discussions, in particular the early August visit to Washington by Pakistan’s new intelligence chief, Lt. General Zaheerul-Islam, both Pakistani and U.S. officials have suggested that the Pakistani army will soon launch a major military campaign in North Waziristan Agency. That infamous tribal territory along the Afghan border is home to some of the region’s worst militants and terrorists, including the Haqqani network, the Afghan Taliban ally responsible for some of the most spectacular attacks against U.S. and allied targets inside Afghanistan. Washington has been pushing Islamabad to take action against the Haqqanis for several years, to no avail.

On a separate track, a diplomatic thaw between Pakistan and India has yielded incremental progress on dismantling trade barriers between these historically hostile neighbors. Few in Washington, or even Islamabad and New Delhi, would have predicted this constructive turn of events, given how far the Indo-Pakistani relationship tumbled in November 2008, when Pakistan-based terrorists struck Mumbai with a deadly commando raid that raised the prospect of an Indian military reprisal.

These developments are worth cheering, but not overestimating. Pakistan’s domestic political situation is tumultuous, the security implications of a North Waziristan campaign are uncertain, and the gains in the Indo-Pakistani relationship are so far only fragile and easily reversible.

A glance at the Pakistani media suggests that the country’s politics are in perpetual turmoil. Of course, much of the action is a superficial drama that has little to do with the core questions of who wields political power. For instance, the June ouster of the prime minister by the Supreme Court was a disruptive and noisy spectacle, but it did almost nothing to shift the basic balance of power among the country’s three power players: the army chief, the president, and the Supreme Court chief justice. Some have tried to dress this affair in the grandiose garb of a constitutional struggle pitting the “independence of the judiciary” versus “executive authority,” but these events are far better described as the politics of personal vendetta driven by overweening ambition and the base pursuit of power.

More to the point, these lesser dramas are precursors to the main political event that looms just over the horizon: national parliamentary elections. Although specific polling dates have not been set, the smart money is on early 2013. As a consequence, the next six months will produce more turmoil and high-stakes politicking, not less. Pakistani elections are typically messy affairs, as opposition and ruling parties vie–sometimes violently–for the patronage they can derive from seats in the national assembly. At the moment, the president’s ruling party appears vulnerable; opposition parties will be out for blood.

The political drama will not end with the elections. The president’s term expires in the fall of 2013. Since he is elected through an indirect vote of national and provincial assemblies, the parliamentary elections will partly determine his prospects for reelection. Adding up all the pieces, there is a reasonable prospect that Pakistan will have a new ruling coalition and a new president by the end of 2013.

The political contests will take place as the country wages a real war on its own territory. Previous army offensives in the tribal agencies have dragged on for months, and many security analysts fear that the North Waziristan campaign is likely to follow a similar pattern. Worse, it could spark a violent counter-offensive, not only in the rugged tribal areas but also inside Pakistan’s major cities, where suicide bombers have in the past exacted their revenge against innocent civilians as well as against military and intelligence facilities.

In this context, we may have already witnessed one of the early “battles” of the North Waziristan campaign. During the early morning hours of August 16, 2012, nine Pakistani Taliban fighters infiltrated Minhas Air Force base in northwest Pakistan. Despite international news headlines, there is little reason to believe the attackers had any serious intention (or realistic prospect) of getting close to Pakistan’s nuclear assets, some of which are believed to be located in the vicinity. Yet the attack was still worrisome because, like the May 2011 assault at a naval base in Karachi, the attackers wore military uniforms and probably had assistance from personnel inside the heavily guarded facility.

Minhas shows that Pakistan’s armed forces already have their hands full with the Pakistani Taliban. That is to say nothing of the Haqqani network. The Haqqanis are in league with the Pakistani Taliban, but they have also studiously avoided a rift with the Pakistani military to maintain a safe haven from NATO forces and their longstanding position as one of Islamabad’s favored proxies inside Afghanistan. For this reason, U.S. Secretary of Defense Leon Panetta has suggested that he would be surprised if the Pakistani military tackles the Haqqanis. Yet if that should happen (by intention or accident), the sophisticated, well-funded, and battle-hardened militants would represent a formidable adversary.

The North Waziristan campaign and terrorist backlash could very well disrupt the process of national elections. This would set up a confrontation between the military and opposition politicians, who–rightly or wrongly–would perceive any electoral delay as a willful manipulation by the army chief, perhaps acting in cahoots with the president to maintain both of their jobs.

The army chief, still Pakistan’s most powerful man and the dominant voice on defense and foreign policy, is also slated to retire at the end of 2013, shortly after the president’s term expires. Pakistanis across the political spectrum will be sensitive to any sign that their top general is seeking to extend his tenure as he did in 2010, when his first term ended. And that’s not all. In December 2013, the Supreme Court chief justice–Pakistan’s third main power player–will reach the age of mandatory retirement. It is hard to imagine that all three of these antagonists will go quietly into the night

These looming political and military convulsions could force Pakistan to the top of Washington’s policy agenda in the heat of the U.S. presidential campaign, even though President Barack Obama and GOP challenger Mitt Romney would clearly prefer to focus on domestic policy debates. Pakistan’s internal stability matters because of its large and growing nuclear arsenal, entrenched terrorist networks, history of violent crises with India, and extensive influence over the endgame in the Afghan war.

A breakdown in Pakistan’s democratic process would set back prospects for stability over the long run. A return to military rule would do precious little to improve governance and would make Islamabad an even less attractive partner for Washington. In a worst-case scenario, a schism within the military itself–driven by contentious politics and the stresses of fighting the Taliban insurgency–would threaten the existence of the state itself.

This article was originally posted as an Expert Brief with ISN Partner CFR. Daniel Markey is the Senior Fellow for India, Pakistan, and South Asia at CFR’s Asia Program.

For additional reading on this topic please see:
Election Reform in Pakistan
Pakistan’s 2012-13 Budget: A Political Rather Than an Economic Document
Forthcoming Pakistan Elections: A Profile on the Islamic Parties

One reply on “Eye of the Storm for US-Pakistan Relations”

Who was the first united states president?