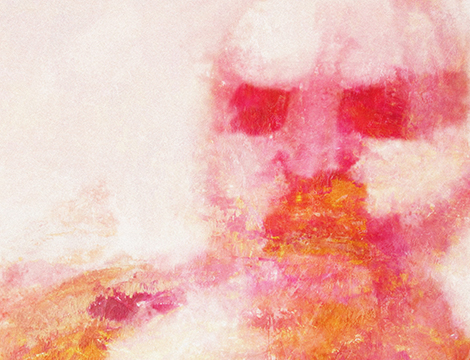 This article was originally published by openDemocracy on 28 July 2016

Simplistic, sensationalist media coverage of terrorism obscures our understanding of its causes, and hinders our ability to prevent it.

After each atrocity, social media hosts the well-rehearsed rituals of mourning. News of the identification of the perpetrators is frequently followed by condemnation of the double-standard of media coverage – in relation to geography (sometimes misguided), and to language, particularly regarding the word ‘terrorist’. (It’s worth reading the BBC’s guidance about why it prefers not to use the term altogether). In recent months, it has become clear that there is frustration about the application of mental health diagnoses, especially in relation to white male violence, as well as confusion about the relationship between mental illness and terrorism. This is a fraught and difficult subject, rarely discussed sensitively on a platform such as Twitter, which rewards simplification and polarisation.

After the killing of Jo Cox, there was justifiable anger at ‘de-politicisation’ of her murder: many media outlets chose not to highlight Thomas Mair’s links to far-right white supremacist groups. His act certainly fits the definition of terrorism (‘one who uses violence or the threat of violence to further their political aims’) – although this does not discount the possibility that Mair may suffer from mental illness, nor does it negate the importance of a diagnosis. Rather than a reductionist either/or (“Is it ideology, or is it pathology? Chemicals in the brain, or ideas in the mind?”), it’s important to acknowledge that mental illness can be a contributory factor, because violence is often a confluence of personal, social and ideological elements. There’s a public bravura that prevents politicians from acknowledging this nuance (those that dissent are forced to state the obvious: ‘to understand is not to justify’) – all of which serves as an indulgence of ignorance, a dangerous form of self-denial.

In 2016, amid a wave of attacks from ‘lone wolf’ terrorists, clarity and honesty is urgently needed. The ‘lone wolf’ evolves in three key stages: isolation, inspiration, emulation. For a recent BBC documentary on the Unabomber, I interviewed former FBI special agent Kathleen Puckett, a behavioural psychologist who worked on the UNAbom task force. Following the capture of Ted Kaczynski, Puckett was commissioned to write a report called ‘The Lone Terrorist’, comparing the Unabomber with other high-profile cases, including the Oklahoma City bomber Timothy McVeigh, and Eric Rudolph, who bombed the 1996 Atlanta Olympics. Puckett told me about the report:

Essentially the primary finding was that all of them had an intense desire to be a part of a group – and they were always extremist groups… There are people who want to be members of groups but can’t affiliate or can’t make the internal connections with other people well enough to become a member. The group rejects them or they reject the group. They’re angry because they’re stymied in their lack of ability to make connections that they want. If you’re not in a group, how do you matter in the world? How do you make a mark? You have to do a societal level of violence – so the connection that they make is to the ideology itself… We said years ago that what we were really worried about was the lone terrorist ideology and phenomenon being adopted by international terrorism and of course that has happened… It’s not that these people are being recruited but they’re self-recruiting because they are alienated. The Boston bombers for example: Tsarnaev wrote on his social media, ‘I don’t have a single American friend’.

In place of intimacy, ideology fulfils their desire for connection. Isolation and marginalization do not prohibit them from interaction, but make particularly susceptible to online radicalization. Some of them are bullied, some experience racism, and many entertain fantasies of revenge. Some, in Brian Michael Jenkins’ characterization, are ‘stray dogs’ rather than ‘lone wolves’, looking for a cause that will give them meaning and make sense of their mental turmoil. Crucially, an extremist ideology offers them the possibility of transforming their identity: to re-imagine themselves not as failures, but as warriors, whose prior difficulties are not personal shortcomings, but evidence of the cultural decadence that they now disavow.

While recognising the cognitive utility of radical ideology, we shouldn’t discount the romantic appeal of the ideas themselves, even if the creed seems dystopian to us. We live in an age that is cynical about the power of ideas, too comfortable in its conviction that people are ultimately motivated by materialism. This is a particularly modern myopia, and prevents us from comprehending the inspiration of millenarian apocalyptic groups, which offer a carefully crafted script for salvation. They tempt not only troubled souls, but those weary of drab mediocrity, with the promise of comradeship (personal or virtual, in the present or hereafter), glory on the battlefield, and dominion over women, especially sex-slaves. Jihadism transforms the fighters from figures who feel passive into active actors shaping history. In a world of bewildering complexity, it abolishes the ‘grey zone’ and offers them purity and the prospect of hegemony. It is a mark of the parochialism and Eurocentricism of parts of the Left that any analysis of this chauvinism is treated in purely reflexive terms, as solely a commentary on the sins of the West.

A yearning for recognition among a community of like-minded people leads to attempts at emulation. David Ali Somboly, who murdered nine people in Munich before killing himself, sought to emulate American high-school shooters, and join a roll-call of infamy. His attack was timed to coincide with the fifth anniversary of the massacre of 77 people by Anders Breivik, whom Somboly admired, although it is unclear whether he shared Breivik’s ideology as well as his appetite for mass murder. (Easy access to guns is, of course, the lethal ingredient). Somboly, lacking the social skills to gain the respect of his peers, had to demand it by terrorising them. Violence is a failure of the imagination.

After the murder of a priest on the altar of a church in Normandy, a highly symbolic act of provocation, Le Monde announced that it would no longer publish images of jihadis or reproduce their propaganda. This is a welcome development. For jihadists producing slick videos of barbarism, or for publicity-hungry fascists like Breivik, competing commercial media networks have provided the perfect platform for broadcasting. In the UK, a diagnosis of mental illness is often regarded as a ‘weak’ verdict, a dishonest avoidance of punishment. In the case of political violence, however, such a diagnosis has a disarming quality: it shatters the perpetrator’s delusion of grandeur and deprives the act of ideological significance. Breivik, who fancied himself to be a Jesticular Knight of the Knights Templar, fought passionately against his diagnosis of paranoid schizophrenia: he argued that to be treated in a psychiatric ward is a “fate worse than death… To send a political activist to an asylum is more sadistic and more evil than killing him”. (A paranoid tabloid culture, with daily tales of ‘swarms’ of migrants, is certainly not conducive to ameliorating the problem).

In addition – and this is uncomfortable, because it lacks a policy solution – there’s a reason why the perpetrators of almost all (98%) of these atrocities are young men. Men are not alone in wanting to die for an idea, but they are more willing to kill, and more willing to assert ideological absolutism. The desire to fight – a trait shared by many young men – may be exacerbated by the perception of emasculation, a sentiment popular on the reactionary right, which stokes a sense of cultural resentment. (In relation to Trump’s support, Clay Shirkey quoted Franklin Leonard: “When you’re accustomed to privilege, equality feels like oppression”).

It’s not a clear-cut case of either political grievance or personal victimization – it’s often a kind of eclectic mix of these two things, so the personal is political and the political is personal. The lone-wolf narratives are often messy, they’re fluid, they don’t make sense, and they involve the more desperate and vulnerable or marginalized individuals looking for a cause – and often that cause is superimposed retrospectively, after the fact. You could ask the question of whether it’s actually their true motive. It’s also got a lot to do with these individuals seeking to become historical characters – the feeling that they’re on a mission to actually hurt an enemy or, for the Breivik types, to open the eyes of the broader population; they feel that they’re on the vanguard of a movement and the broader population haven’t caught up with their sense of threat.

Such a complex and diverse set of interconnecting factors can seem bewildering – it’s not hard to understand why voters are drawn to leaders who offer them simple solutions to a frightening phenomenon. But the simplistic solutions exacerbate the problem, as they attack only a single one of the aforementioned factors, and in so doing create greater alienation and radicalisation. It is not a sign of weakness to acknowledge that the grave threat posed by lone-wolf terrorists has emerged from internal and external, personal and political factors; fanaticism is born in the friction between them. This type of nuance separates us from the manichean fanatics, and enables us – in the long run – to defeat them.

Benjamin Ramm is editor-at-large at openDemocracy. He writes and presents documentaries for BBC Radio 4 and the BBC World Service.