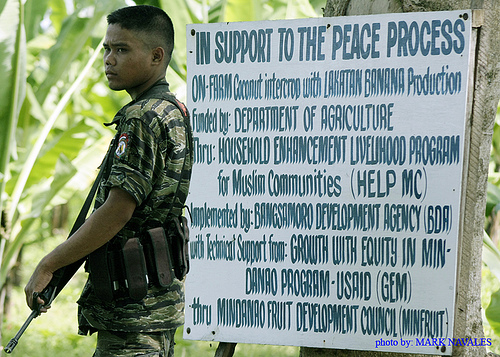 The 2008 Memorandum of Agreement on Ancestral Domain (MOA-AD) was meant to solve the seemingly intractable and bloody conflict raging, for decades, between the Philippine government and the Moro Islamic Liberation Front (MILF). It was meant to give the disenfranchised and marginalized Muslim minority of the southern Philippines a homeland, self-rule and near-equal status with the Philippine central government after centuries of bloodshed. Instead of bringing the conflict, which reflects a centuries-old stuggle, to an almost clinically clean end, the collapse of the MOA-AD in the summer and fall of 2008 revealed the deep fissures at the heart of the conflict and laid bare the government’s inability and unwillingness to push through a potentially momentous peace deal.

The Memorandum of Agreement had, almost overnight revealed itself as little more than a fractured ‘Memorandum of Disagreement’ devoid of real political backing or popular support. END_OF_DOCUMENT_TOKEN_TO_BE_REPLACED