Fighting Disinformation in the Baltic States 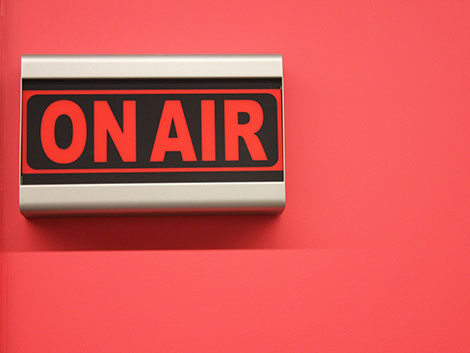 This article was originally published by the Foreign Policy Research Institute (FPRI) on 6 July 2017.

Russian media played a key role in stoking the conflict in Ukraine, sparking fear in the Baltic states that they could become the next target. In the wake of the Euromaidan protests in Ukraine, Russian state-owned media shaped a nationalistic narrative regarding the annexation of Crimea that spread fear of the new Ukrainian regime and promoted reunification with Russia. Russian media also encouraged the separatist movement in eastern Ukraine and spread multiple false news stories intended to portray Ukraine in the most negative light possible.

In the current media environment, it is not possible to eliminate questionable or false sources of information. In the Baltic states, attempts to do so could backfire by reinforcing allegations that the Russian minorities lack full civil rights. However, encouraging independent media and thoughtful integration of Russian-language programming into mainstream sources will provide more credible alternatives for Baltic Russian speakers. In the longer term, an important tool for all countries facing propaganda and “fake news” is to increase education in media literacy, critical reading, and technical training to thwart hacks and other attempts to hijack information. A population trained to identify bias is the best defense against harmful propaganda.

Russian Media in the Baltic states

“Fake news” as well as the strategic use of disinformation for political influence has only recently become central to U.S. politics, but it is a familiar issue in the Baltic states. These three countries constantly face concerns about the influence of Russian media, particularly state-controlled media, on their Russian-speaking minorities. These Kremlin-backed sources present accounts of Russian foreign policy on Ukraine, human rights in Russia, the Russian political system, and attitudes toward Europe and the United States that are at sharp odds with mainstream Baltic and Western perceptions. Some of these sources also emphasize grievances of the local Russian community, such as problems with citizenship acquisition and language choice in schools.

Multiple Russian-language sources exist in each of the Baltic states. A range of Russian television channels is available in various commercial cable packages or through satellite television. Russian newspapers and online news portals with varying degrees of pro-Russian bias are easily available. For example, one of the most popular television stations in Latvia is First Baltic Channel (PBK), which provides local news but also rebroadcasts Russian state television. It has been accused of having ties to pro-Russian political figures.

Online sources—wide and varied— range from Russian-language editions of local Baltic news sources, such as Delfi (available in editions for all three Baltic countries) to online news portals aimed solely at the Russian communities in these countries. Investigative journalists have uncovered concealed links to Russia among Baltic news sources, sparking increased awareness about Russian influence and biases. Notably, a recent investigation into Baltnews, a Russian-language news portal serving all three Baltic states, revealed that though it appears to be locally run, it is actually tied through several levels of ownership to the Russian state media company Rossiya Segodnya. It provides a platform for several openly anti-Western journalists and activists.

The main techniques Baltic states have used to counter disinformation from Russian media sources involve fining or suspending channels that display overt biases. For example, Latvia fined PBK three times in 2014 for showing fake or biased broadcasts from Russian news. The radio station Autoradio Rezekne was also fined once. PBK was fined again in 2015. These fines, while highly publicized, were less than $5,000 each, and the fine for the radio station was equivalent to $885. Latvia also temporarily suspended the Russian television station RTR Planeta in 2014 for alleged incitement to war, which violates Latvian media law. Latvia has provided a space for the work of independent Russian news site Meduza, founded by journalists fired from Russian news site Lenta.ru over their coverage of the war in Ukraine. Lithuania has also fought back against Russian disinformation, repeatedly suspending RTR Planeta.

Estonia found itself facing an extremely hostile information environment as early as 2007. At that time, Estonian government institutions, newspapers, banks, and other companies were subjected to weeks of cyber-attacks after the removal of the Bronze Soldier, a Soviet war memorial, from central Tallinn. In 2015, Estonia began broadcasting a new Russian-language channel, ETV+, to provide an alternative for the Russian-speaking population. However, the new station has been hampered by regulations that require live programming to be translated directly into Estonian. It has been more popular with Estonian-speakers than with the Russian-speaking minority, who have access to a wide range of better-resourced channels directly from Russia that are under no such regulation.

International efforts are also targeting Russian disinformation in the Baltics. The NATO Stratcom Centre of Excellence, based in Riga, seeks to strengthen strategic communications within the Alliance, in part by studying Russia’s strategic information campaign in the Baltic and Nordic countries. This effort includes examining how contentious historical events—especially pro-Russian narratives surrounding World War II and the Soviet takeover of the Baltic states—are interpreted in Russian media. It also monitors issues like online robot trolling and devises methods to repel hostile influence. Aside from the Baltic states, Germany, Italy, Poland, and the United Kingdom are all involved in the center.

The success of these initiatives is unclear. Fining and suspending certain channels sends a message, but to what effect? These tactics may play well to majority domestic audiences looking for a tough response. However, to Russian minority populations, such moves may appear to be suppression of information and perspectives that Baltic governments simply don’t like. Such tactics may also appear weak and ineffectual. Moderate fines do not stop channels from operating, and suspensions of individual channels do not stop the flow of information from newspapers, other television and radio stations, or online sources. Moreover, these responses may simply provide fuel for Russian government-backed narratives that portray the Baltic states as obsessed with seeing Russians and Russian culture as a security threat, and with suppressing the Russian language.

Recent studies on combating disinformation show that it is difficult to dislodge false facts and biased narratives. In fact, people are generally quite resistant to attempts to combat their pre-existing notions. For example, one study found that correction of misinformation frequently does not change beliefs. This stems from inherent cognitive biases: people tend to seek information that confirms their views and to see this information as more convincing and trustworthy than information which does not confirm their views. In addition, people remember information better when it matches their preexisting opinions and are highly motivated to rationalize away inconsistencies to maintain their views.

Addressing state-backed misinformation is a long-term struggle and feature of living with a diverse media environment. The proliferation of technology makes it particularly easy to spread false information.

Despite the weaknesses of simply debunking false narratives, providing clear evidence to counter them is still necessary, and helps to show receptive audiences how problematic news stories are constructed and spread. The internet is the source of much fake news proliferation, but it is also a means to combat it. Sites like StopFake use multiple methods to debunk misleading stories relating to the conflict in Ukraine.

The source of this debunking also matters. People are more inclined to accept information that conflicts with their views if it comes from a source they believe to be sympathetic. For Baltic Russian speakers, hearing a greater diversity of perspectives from other Russians could be an important way to break out of an information sphere dominated by Russian state-controlled sources. In the face of enormous resources from Moscow, smaller independent Russian news sources—like Meduza, operating from Latvia—should be encouraged. Likewise, expanding Russian offerings on local state television and radio could make a difference. However, taken by themselves, these options are unlikely to be a complete solution both due to relatively low resources and a likely perception of such sources as a mouthpiece for government interests.

Continued monitoring and study of disinformation techniques by computer scientists, political scholars, security services, and journalists can contribute to a better understanding of how disinformation is created and disseminated, and may spark new techniques for how to counter it. In the face of rapidly advancing technology, knowledge in these areas must constantly be updated and publicized.

Finally, media literacy should become a focus not just in the Baltic states, but anywhere that fake news—or simply a proliferation of information from hard to verify sources online—exists. The importance of critical thinking and critical reading is one aspect of such media literacy, but navigating the current complex media environment requires starting early and taking the skill to a new level.

To preserve the integrity of the information space, efforts should be consolidated around three goals: slow the spread of false news, encourage independent and legitimate reporting, and cultivate awareness and understanding among target populations. No single solution will halt those determined to spread disinformation for their own interests—neither in the Baltic states nor in any other part of the world.

Alexandra Wiktorek Sarlo is a Baltic Sea Fellow in the Eurasia Program at the Foreign Policy Research Institute (FPRI).