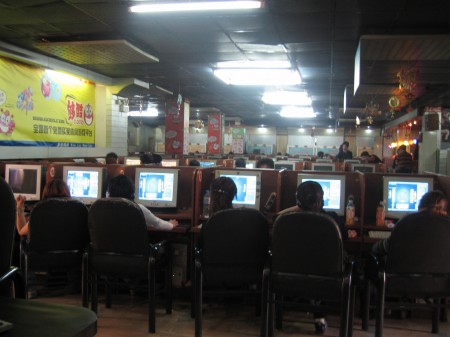 Two weeks ago China and the US conducted their annual human rights dialogue amid what the US reaffirmed afterward has been a renewed crackdown on policy activists under the Xi administration, the latest victims being anti-corruption campaigner and legal scholar, Xu Zhiyong, detention of whom began two weeks before the dialogue, and his petitioning defender, journalist Chen Min, whose detention began only the day after the dialog concluded. Last week an unprecedented one-minute “jailbreak” video went viral of Xu making a one-minute appeal from inside the jail to rally the grand jury of world public opinion against laying charges, shows breakdown inside the security apparatus, and can still be viewed inside China. China has responded that human rights aren’t being reduced.

The targets of these actions appear increasingly to be “mobilizers” and their vocal associates and families, while the underlying threat is the mushroomed population of microbloggers against whom an editorial in the People’s Daily made this accusation the week of the dialog uncoincidentally: “Every day microbloggers and their mentors in the same cause pass rumors, fabricate negative news about society”. These suggest that the Party hardliners are out to shut down China’s true online/wireless innovation/craze, the free cellphone Facebook-cum-Twitter-cum-videophone-cum-voicemail service known as Weixin (WeChat) 微信 (literally “micro message”) which uncannily, but with different tonal emphasis, is represented by another and well-known pair of Chinese characters 维新 meaning “reform,” “modernization.”

Using Weixin to avoid phone text-messaging charges (and with no Twitter-like word-count limit) is reason enough for the craze. WeChat is even catching on with millions of subscribers in the US, despite the Chinese spyware threat. Why? Because Weixin is uncensored (albeit maybe not unmonitored). Why? Because, unlike with Twitter or China’s older computer-oriented Weibo 微波 (literally “micro sweep”), you’re completely private, not at all public: you pick and choose your followers who need to know in advance your (non-published, non-searchable) ID (usually your cell phone number) in order to request you to let them link up with you.

So, everyone’s clustered in small overlapping circles, no mass reach, ruled out by the phones’ memory capacity (which Weixin’s non-existent customer service has not worked out a way to free up other than by deleting, not saving, past activity) and the logistics of having to manually answer every single link-up request (at 600 minutes in a 10-hour day, that’s only 200,000 sign-ups in a year if you do nothing else but accept link-up requests). A typical Weixin user will have a circle of 100 “contacts.” One of your Weixin contacts can also include you in a “group” that’s basically a chatroom with some or all of his/her contacts and which you can opt out of.

What we get here is “organization” into cells of like-minded people who get to “vent” to their heart’s content, against officials and the Party if they like, but no “mobilization.” What it does do is get people off of Weibo, and provide them a platform to practice and develop a taste for protest, oratorical, and critical analysis skills – articulate advocacy in other words. What it doesn’t do is make this public in any mobilization sense, other than via some deliberate pyramiding of the cell structure to coordinate from cell to cell, say, to “get the word out” at some critical time. I’m sure the cops and Weixin’s owner Tencent have thought of that eventuality, and it’s not clear what, if any, censorship or blocking capability is already built into (albeit unused in) the already rather complicated Weixin software.

So what evidently happened when the Party authorized Weixin’s launch (or conceived of it in cooperation with the operator) was recognition of the psychosocial need for people to vent, individually rather than en masse, while preventing this from mobilizing. The Party hardliners classical Marxism leaves absolutely no space for sociology or psychology, only economics. In other words, there was a compromise to treat symptoms, but not causes. For the hardliners cyberspace is the cause. For the reformers the social order is the cause. So, neither cause gets addressed.

To borrow from the 1960s/70s New Left’s iconic Scottish psychiatrist, R.D. Laing, who declared there is no such thing as mental illness, just normal human reaction to dysfunctional societies, the Party must have had a high-level discussion at some point where this distinction was turned upside down. In other words, individuals are sick, and the social order is okay and must brook no risk. So, to protect the social order, some outlet must be provided for the crazies to be crazy, act out their craziness, get therapy, talk out their disorders, but in the privacy of the psychoanalysts’ couch.

That’s what Weixin’s intended for, plus lots of entertainment, small talk, pictures (often of food), and music downloads galore, all within your circle. It’s the best ever tool for foreigners to develop written Chinese. When the Chinese government denies the US complaint of an intensified human rights crackdown, they’re thinking Weixin and “surgical.”

Robert Blohm is a Beijing-based economics and policy advisor.   This article was originally published as Pacnet #64 by Pacific Forum CSIS.

For additional reading on this topic please see:
The Spartacus in China’s Wonderland
Human Rights in China and US Policy
The Role of Social Media in Promoting Democratization and Human Rights