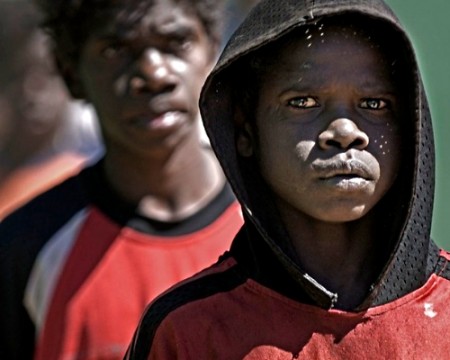 Last week Australia performed extraordinarily well in the Global Liveability Survey and can now claim four of the top ten ‘most liveable cities’ in the world. One shining performer was the West Australian capital, Perth, which came in at 8th Place, just below Helsinki and just above a rival Australian city, Adelaide. You can take it from a proud Perth inhabitant – it’s a beautiful place to visit and even more remarkable place to live.

Unless, of course, you are an indigenous Australian, in which case there’s a very good chance you will be spending some time in Perth’s least beautiful locations – namely Hakea, Casuarina, or Bandyup maximum security prisons.

The number of possible root causes for these staggering statistics is countless. They may be a result of indigenous poverty (on average, indigenous people received a median personal gross income that is almost 35% less than that of non-indigenous people); Or related to educational issues (the proportion of indigenous teenagers who complete secondary school is less than half that of non-indigenous Australians);  Or finally it could have something to do with the environment many indigenous children grow up in – with the substantiation rate for claims of abuse and neglect against Indigenous children aged 0–16 years (37 per 1000 children) being 7 times the rate of claims against non-Indigenous children (5 per 1000 children) in 2009-10. Or most likely it is a combination of all these factors, and more.

Regardless of the cause, while the statistics are shocking, the lack of effective responses by the Australian government is just as staggering. While the government committed itself to a ‘Closing the Gap’ program in 2008 and set specific targets for the improvement of indigenous welfare, the statistics provided by the Productivity Commission suggest that if anything, indigenous welfare has, on the whole, continually deteriorated. Of the 45 key indicators of welfare monitored by the Commission since the year 2000, only 13 have improved, while 17 have consistently worsened.

In 2008 Ex-Prime Minister Kevin Rudd officially said ‘sorry’ on behalf of the Australian government for the ‘laws and policies of successive Parliaments and governments that have inflicted profound grief’ on indigenous Australians. If the recent Productivity Commission report is anything to go by, then the Australian government will soon be apologizing again to the indigenous population – this time for not coming up with effective strategies to combat their ongoing suffering.