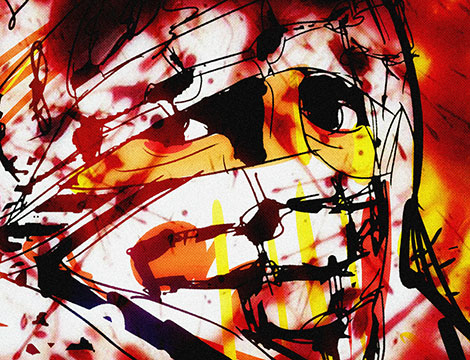 This article was originally published by the Institute for Security Studies (ISS) on 4 August 2017.

Most al-Shabaab members refused Farmajo’s offer – he must now defeat the group within two years as promised.

Somali President Mohamed Abdullahi Mohamed (Farmajo) has employed a classic carrot-and-stick approach to al-Shabaab since taking office in February. In early April, Farmajo announced a 60-day amnesty for al-Shabaab militants, while also offering to open discussions with the movement’s leadership.

At the same time, he noted that Somalia was in a state of war, and promised to eradicate within two years those who didn’t take advantage of his offer to surrender. With the presumed expiration of that amnesty, it is clear which path most of al-Shabaab has chosen, but what is less clear is the Somali government’s ability to respond.

The provision of an amnesty was not a novel concept, as it followed on similar offers by previous Somali governments. With the election of the popular, less clan-inclined, and seemingly incorruptible Farmajo, however, there was some speculation that there may be a genuine opportunity for engagement with al-Shabaab. At an official level this was quickly squashed by top al-Shabaab leaders.

Nonetheless, the amnesty and dialogue offer has not been without merit. Security officials estimate roughly 50 al-Shabaab members – a few of whom are high-level individuals – have surrendered since Farmajo’s announcement. Furthermore, the United States recently removed a $5 million reward on founding al-Shabaab member Mukhtar Robow (Abu Mansoor), probably to help cement discussions between him and the government.

While Robow has been sidelined from core al-Shabaab leadership since his disagreements with former head Ahmed Abdi Godane, he still appears to command loyalty amongst his Rahanweyn clan and sub-clans in the Bay and Bakool areas, which have supplied significant recruits to al-Shabaab in the past.

These moves demonstrate the value of continuing the amnesty and dialogue provisions to peel away members from the movement and weaken it. But they also show that such efforts alone will do little to bring about its defeat, as core leadership remains committed to the vision of a Somalia that doesn’t include the federal government in Mogadishu.

Al-Shabaab has made its feelings since Farmajo’s ascension well known. For the past few years, Mogadishu has been the scene of large-scale attacks on hotels and restaurants, but several significant incidents have occurred since Farmajo’s inauguration. This is all the more worrying given the transfer of security within the capital from African Union Mission in Somalia (AMISOM) troops to Somali forces, and the overall context of a more significant drawdown of AMISOM throughout the country from October 2018.

The group has also undertaken a campaign targeting the 14 000 people delegated by their clans to vote in the 2016-17 elections. This has been quite effective – barely a week goes by without the murder of a delegate. These targeted assassinations are aimed at intimidating the local population against participation in government processes. This is also worrying given plans to conduct the next election in 2020-21 on the basis of universal suffrage – meaning all civilians could be attacked for voting.

Al-Shabaab has also recently demonstrated just how much of a threat it poses to areas adjacent to south-central Somalia. Having maintained a persistent but low-level presence in Puntland over the past few years, an attack on the Af-Urur military base killed up to 59 in June, showing the group’s ability to successfully confront local security actors. The assault echoed a wave of attacks against AMISOM forward operating bases in south-central Somalia since June 2015.

In concert, violence in northern Kenya near the Somalia border has also increased ahead of that country’s general elections on 8 August. Militants are present in Kenya’s Boni Forest, having established an operational sanctuary just outside of Somalia’s borders.

The violence, combined with messaging directed towards Kenya, is an attempt to influence the nation’s political process (in favour of a government that would reduce its military presence in Somalia). This indicates how al-Shabaab can strategically employ its violence to shape larger events.

The group’s messaging has also demonstrated a more regional focus, with a recent media campaign emphasising connections outside of Somalia. A series of videos titled Inspire the Unbelievers focuses on short speeches from martyred East African militants urging Muslims as far away as Mozambique and Angola to join their quest in Somalia.

This campaign ultimately implies that the group’s predominant focus remains within Somalia. But the region is not extricable from the menace within Somalia, and al-Shabaab remains bent on the exportation of its ideology.

None of these developments is anything new, but rather a continuation of previous dynamics, accented in a few areas. But they’ve occurred within the context of a new administration in Somalia, testing its capacity to respond while also coming up with fresh ideas to address the danger al-Shabaab poses.

So while the carrot aspect of Farmajo’s al-Shabaab strategy has borne fruit, it ultimately has done little to diminish the movement. The biggest question is whether Farmajo will be able to implement the stick of his approach, and militarily defeat the group within two years. It is too early to judge – but al-Shabaab has demonstrated it is up to the task.

With AMISOM planning a withdrawal that will occur in various phases over the next few years, al-Shabaab doesn’t need to be stronger than its enemies, but just strong enough to survive. Recent indications have done little to suggest anything other than this – a problem not just for Farmajo and Somalia, but the entire region.

Omar S Mahmood is a Researcher at the  Institute for Security Studies (ISS).