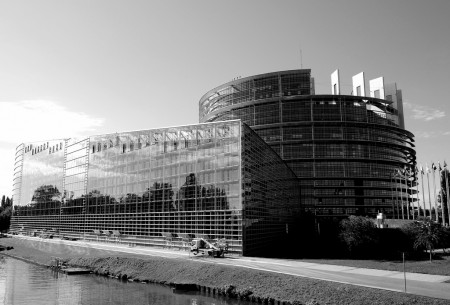 There is a taboo about discussing a member state leaving the EU. Quitting the EU goes against the founding idea that the EU helps “lay the foundations of an ever closer union among the people of Europe.” But like it or not, the direction of British politics means the EU might soon find it can no longer refuse to think about a British exit. More importantly, it needs to start thinking about what it could mean for the EU. So far almost all discussion about the British leaving has focused on what this could mean for the UK. The only time the EU is given any thought is when the idea of a renegotiated UK-EU relationship is raised, with warnings Britain’s “pick and mix” attitude could potentially undermine the EU. So if a renegotiated relationship is unacceptable, would letting Britain go be any better?

A “Brexit” would present the EU with three sets of challenges. First, the short-term problem of negotiating a British exit and withdrawal. Despite the inclusion of a withdrawal clause in the EU treaties, it is largely unknown territory to negotiate the loss of any state, especially one that is 12.5% of the EU’s population and 15% of its economic area. Concluding a withdrawal agreement requires the agreement of the UK, the European Council and the European Parliament, the latter getting to vote on whether the deal is acceptable for the EU. This doesn’t mean the EU has a veto over Britain withdrawing, only over what conditions it will grant for an agreement and, crucially, what type of post-withdrawal relationship will follow.

Second, at the same time as it’s talking to the UK, the EU would have to start talking amongst itself about how to change its institutions, budgets and votes to compensate for the disappearance of one of its largest members. Such changes, rarely agreed with ease, could shift the balance of power within the EU, changing its nature and direction. States such as Sweden and the Netherlands fear the loss of a large economically liberal state would make the EU more inward looking, tending more towards protectionism. Governments of large states worry the disappearance of a large state would mean smaller states gain an upper hand. The Franco-German axis could be unsettled, leaving a more dominant Germany. For northern and western European states, the loss of the UK could shift the EU southwards and eastwards, unsettling northern and western states and bringing to an end the possibility of enlargement to states such as Turkey. On the other hand, rid of its most awkward member, the EU could more easily move forward towards “ever closer union”. With the disappearance of the UK’s veto, the Euro could be more easily stabilised. The Eurozone could become the undisputed core of the EU, easing the way for political and economic union. Europe’s social model could be freed of British attempts to dilute it. European foreign, security and defence cooperation, although weakened by the loss of the UK, would also be freed of the UK’s objections, allowing it to develop. Of course, this all assumes the UK is the main obstacle to progress. The problems with the Eurozone have shown how, even with the UK largely outside the negotiations, the EU has still struggled to find solidarity and leadership.

Finally, the EU would have to manage what the exit means for wider Europe and the perception of the EU by the rest of the world. Here the agreed UK-EU post-withdrawal will be crucial. It could lead to changes to the European Free Trade Association (EFTA) and the European Economic Area (EEA). Britain could try, but fail, to create some “Single Market Club”. It might even fall out of the EEA. If the UK thrives outside the EU, and the Euro continued to struggle, then the UK’s new status could lead other member states to question their membership, in turn unravelling the EU and undermining the current model of European integration. Equally, should the UK suffer and the EU and Eurozone stabilise then the UK could end up isolated, with the rest of the world dealing with a more united Europe where the UK’s position is a junior to both the USA and the EU. However, the USA and other powers may see the UK’s withdrawal as another sign of European division and decline. European defence cooperation could become even more difficult, whether in NATO or through the EU. The EU would also have to face a UK which, while a reduced power, would remain a European power that would seek to influence developments in the EU. Given the EU has struggled to present a united front to states such as the USA or Israel, what chance is there it could manage a united approach to the UK?

This is all, of course, speculation. Detailed analysis of the “Brexit’s” implications for the EU is almost non-existent. Meanwhile the possibility of it happening continues to grow, the more likely British demands for a renegotiation become. Failure to face the implications and hoping the issue will go away, merely hands control of the agenda to those – both in the UK and elsewhere in the EU – who want to see Britain leave.

Tim L. Oliver is a Fritz Thyssen TAPIR Fellow. His SWP Research Paper “Europe without Britain” was recently published. Until May 2013, he was a member of the SWP’s International Security Division. He is now at the Center for Transatlantic Studies, Paul H. Nitze School of Advanced International Studies, Johns Hopkins University, Washington D.C.

This article was originally published on the SWP blog Point of View.

On the 6th of June, after only two hours of reflection, the Austrian government ordered the withdrawal of its peacekeepers from the Golan Heights, thus ending its 39-year engagement in the area.  In an official statement, the 380 UN peacekeepers were pulled out because of the “continuing deterioration of the situation in the area.”

In the months leading up to the withdrawal, UN troops had witnessed increasing spill-over from the conflict in Syria, with mortars hitting the Israeli-controlled parts of the Golan Heights. When Syrian rebels seized control of the strategically important Quneitra border crossing between Syria and Israeli-controlled territory – albeit only for a short period of time – the possibility of the IDF crossing over into Syrian territory to secure Israel’s border became plausible. This is reportedly what led Austrian Chancellor Werner Faymann to call for the withdrawal of Austrian troops.

END_OF_DOCUMENT_TOKEN_TO_BE_REPLACED

The battle on June 6 between rebel groups and the Syrian army over Kuneitra, the border town on the northern Golan Heights that straddles the Israeli-Syrian disengagement line, is yet another indication that the Syrian civil war is slowly but surely drawing Syria’s neighbors into its orbit. While the Syrian-Lebanese border zones are where this has been particularly manifested through cross-border skirmishes, transfers of arms, crossing of combatants, and flights of refugees, the battle over Kuneitra and previous cross-border incidents indicate that Israel is increasingly drawn into the war as well. Not coincidently, it is at the Syria-Lebanon-Israel tri-border region where this cross-border leakage is becoming most volatile.

Since the Israeli withdrawal from South Lebanon in 2000, the Syria-Lebanon-Israel tri-border region has been extremely explosive. The UN, which in 2000 demarcated the Israeli line of withdrawal from South Lebanon, has attempted to defuse tension there related to Lebanon’s territorial claim over the Shebaa Farms and the village of Ghajar and Hezbollah’s military operations in this area as part of its “resistance” strategy against Israel. These border disputes are now overshadowed by the daily battles, human catastrophes, and the political predicaments of the civil war.

END_OF_DOCUMENT_TOKEN_TO_BE_REPLACED

The daily bloodshed on the United States’ doorstep is the clearest sign that something is rotten in the neighborhood. Headless torsos swinging from lampposts in Ciudad Juárez in Mexico contrast all too sharply with the clean streets of El Paso just across the border, ranked one of the safest city’s in the United States. But Mexico is not alone in experiencing alarming rates of violence. Taken together, the Americas are home to 14 percent of the world’s population, but more than 31 percent of its homicides according to the United Nations Office on Drugs and Crime (UNODC).

A ruthless epidemic of violence is afflicting many states and cities in Central and South America and the Caribbean. The region’s homicide rate is more than double the global average. And in contrast to other parts of the world, whether North America, Western Europe, Africa, or Asia, the patient is getting sicker. Six of the top ten most violent countries in the world are in Latin America and the Caribbean, with most of the victims consisting of young men under 30-years of age. Violence against women is also intensifying. And for youth living in low-income settings, there is a 1 in 50 chance that they will be killed before they reach their 31st birthday.

END_OF_DOCUMENT_TOKEN_TO_BE_REPLACED

Who carried out the execution of three women prominent in the European branch of the Kurdistan Workers Party (PKK) in Paris on January 9 and what was their intended message are unclear. The dead included Sakine Cansız, a long-time senior figure in the organization, Fidan Doğan, the Paris representative of the pro-PKK Kurdistan National Congress, and Leyla Söylemez, a younger Kurdish activist. Regional players and pundits are already speculating: the assassinations were carried out by Turkey’s “Deep State;” they are opening shots in a war within the PKK over leadership and policy; or it might be Syria, Iran, or some other regional actor with an axe to grind. The motives ascribed depend on who was the actor and how conspiratorially inclined the pundit is. The obvious context is the unprecedented opening toward one another carried out in recent weeks by the Turkish government and jailed PKK leader Abdullah Öcalan. For one reason or another, the perpetrators wanted to derail or at least skew that discussion, and they may well succeed.

Öcalan and the authorities in Ankara have danced with one another for some time. As early as 2005, Turkish intelligence engaged in quiet conversations with him and other PKK leaders, especially in Europe, to see whether and how some modus vivendi could end the violence. These sometimes showed promise, and some positive steps were taken, but ultimately each effort ran aground. In December, the authorities allowed Öcalan’s brother Mehmet to travel to his prison on Imralı Island in the Sea of Marmara, where the PKK leader has been held since 1999. Mehmet Öcalan subsequently announced that his brother believes “a new Kurdish initiative [by Turkey] could take place” to which, “if deep powers do not intervene,” the imprisoned PKK leader “will contribute.” Öcalan subsequently defused an anti-government hunger strike being staged by imprisoned Kurds accused of terrorism. On December 28, Prime Minister Recep Tayyip Erdoğan made public that Turkish intelligence had met with Öcalan directly days earlier–the first such public admission of high-level government conversations with the jailed PKK leader. In another unprecedented move, the government subsequently allowed two parliamentarians representing the pro-Kurdish Peace and Democracy Party (BDP) to meet with Öcalan on Imralı and were reportedly told by the PKK leader that the era of armed struggle is over. These and other BDP figures traveled immediately after to northern Iraq and Europe to brief the PKK leadership abroad on Öcalan’s status and plans.