For the first time since Tsar Alexander I in 1819, a Russian head of state is visiting Switzerland. Today, Russian President Dmitry Medvedev is coming for an official visit to the small Alpine country.

The main purpose of Medvedev’s visit is to celebrate the 210th anniversary of Russian General Aleksandr Vasiliyevich Suvorov’s victorious military expedition across the Alps, which resulted in the defeat of Napoleon’s occupying forces in Switzerland. Following Switzerland’s liberation from the French, the modern Swiss Confederation (more or less within today’s political borders) came into being. 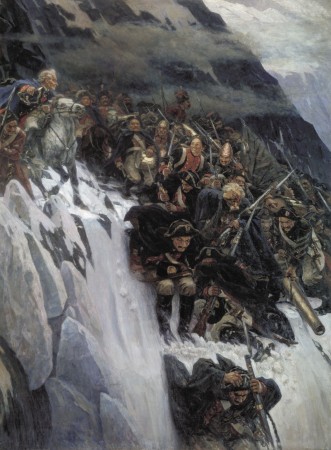 Many Swiss living in the mountainous areas through which Suvorov’s triumphant troops passed remain deeply grateful to the Russian general, who is said to have never lost a battle and is seen as one of the greatest military geniuses ever to lead an army. He also coined phrases such as “To surprise is to vanquish”, ” Train hard, fight easy” or “Speed is essential, but haste harmful”. Both the Swiss and the Russian consider the Russian general a military hero. No questions asked. END_OF_DOCUMENT_TOKEN_TO_BE_REPLACED 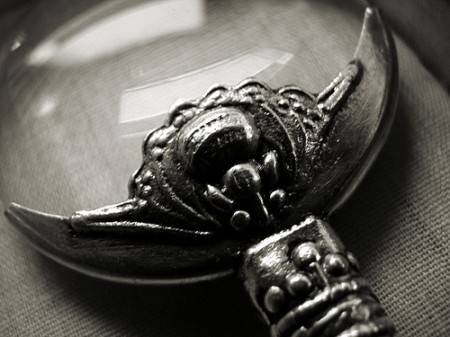 Truth commissions are usually formed to examine a country’s history, bringing to light the good, the bad and the ugly.

But, history belongs to the victors. Truth commissions can also be used to forward a particular political stance. In our weekly theme, “The Truth About ‘Truth’ Commissions, Ariel Cohen examines the new Russian ‘Truth’ Commission with a critical eye, stating that it has been intentionally designed to stop the pieces of history that would damage the carefully crafted image of today’s Russia from coming to the surface.

The ISN’s Linda Popova gives background information on truth commissions and offers evidence that bureaucracy can hinder even the most earnest attempts at finding the ‘truth.’

And as always, check our site throughout the week for more on the topic.

Dear Santa: A Letter to Obama 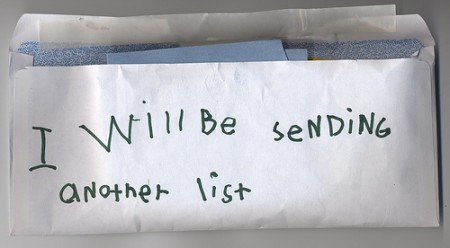 Letter packed with lists to pass along to Santa, photo: Scott / flickr

If you could write an open letter to US President Barack Obama, what would you write? The question almost makes you think of something like a wish list to a Santa, who will do his best to fulfill your desires.

The open letter written by 22 Central and Eastern European intellectuals and former leaders made me think about this Christmas tradition. A letter intended for the US president, in which Eastern European children make a wish list and, in order to be convincing, explain how good they have been in the past.

During the last months the media has seen innumerable open letters to Obama. And this is yet another one. It is a doleful and angst-ridden letter, one whose main argument is that the Obama administration is not taking the necessary measures for rebuking “revisionist Russia.”

I first had a reflective look at the senders’ list. Václav Havel and Lech Wałęsa are there, symbols of the people who led the revolutions of 1989. However, beyond all emotions, I realized the word ‘former’ is too prominent on the senders’ list. Valdas Adamkus, former president of the Republic of Lithuania; Martin Butora, former ambassador of the Slovak Republic to the US. The list goes on.

‘Former’ refers to something or someone belonging to a prior time. Even the letter reads ‘former’ to me, with arguments that in the current international context have acquired their dustiness.

The letter’s nostalgia-conjured past does not truly reflect historical realities. “Our nations are deeply indebted to the United States,” the letter argues. “Many of us know firsthand how important your support for our freedom and independence was during the dark Cold War years.”

These words make me think of my Romanian grandfather and how he told me that years after the end of World War II he was looking at the sky, asking himself when would the Americans come. And the Americans never came. So what is Central and Eastern Europe so indebted for? Apart from listening to Voice of America and Radio Free Europe, there was not much of an important support to be felt in the region during the Cold War.
END_OF_DOCUMENT_TOKEN_TO_BE_REPLACED

I Am Committing High Treason with All My Might and Means

Sixty-five years ago, on 20 July 1944, during the darkest days of German history, a few good men brought back a small spark of light to the conscience of a nation torn by war and involved in history’s most unprecedented mass murder. The story is well-known. So is the result: the attempt to remove Hitler from power with the help of his own contingency plan “Valkyrie” tragically failed.

What might not be so well-known is that Count Claus von Stauffenberg, according to Cambridge historian Richard J Evans, “found moral guidance in a complex mixture of Catholic religious precepts, an aristocratic sense of honour, Ancient Greek ethics, and German Romantic poetry. Above all, perhaps, his sense of morality was formed under the influence of the poet Stefan George, whose ambition it was to revive a ‘Secret Germany’ that would sweep away the materialism of the Weimar Republic and restore German life to its true spirituality.”

The key to understanding that “Secret Germany” (as cryptically elaborated in a poem by the same title, which was written around 1910, but hermetically kept from the public until 1928) is the idea that only the poet with his charismatic authority can voice the arcane without revealing it. It is him being the “spiritus rector” who deepens the inner reflections of his disciples, who awakens their intellectual and spiritual sensitivity, so his word is followed by their action. 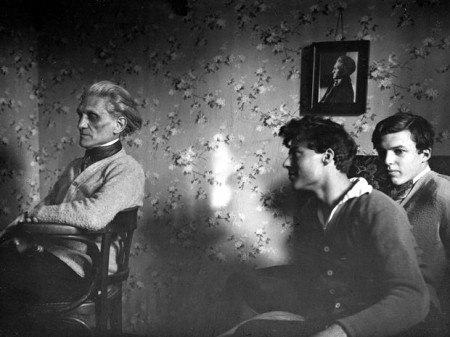 Stefan George, Claus and Berthold von Stauffenberg in 1924, one year after having first met in Heidelberg. / Public domain