Of the existing population policies and programs the ones of Singapore appear to be the most developed ones. After the 2005 dengue outbreak the country launched enhanced measures, including the introduction of fines for those who allow mosquitoes to breed in their homes and also for those found with standing water at construction sites (standing water being the larval hatching grounds of the Aedes Aegypti).
END_OF_DOCUMENT_TOKEN_TO_BE_REPLACED

The Power of Photography: Refugees and The Global Rubbish Problem

Sceenshot of Boston Globe / Guardian slideshows: Displaced children chasing a truck spraying insecticide through a UNHCR refugee camp in Pakistan / A child swimming in the polluted waters in Cilincing, Indonesia.

Slideshows like this tend to remind you of the power of photography- the way a photograph can say so much, awaken so many senses, give rise to so many ideas, sadness, anger, joy, curiosity, and eventually action. 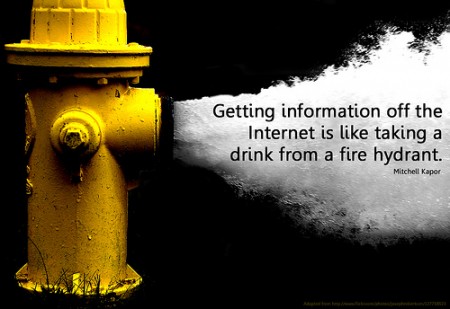 First it was TV, then it was video games, now Twitter? Are these things really contributing to the decay of the human psyche, our morality and our ability to concentrate? Or is this just paranoid blame-seeking, intent on vilifying the entire spectrum of modern day tools part of our everyday life?

The ISN blog presents two viewpoints- mine and that of my co-worker Cristina Viehmann. Let the debate begin!

END_OF_DOCUMENT_TOKEN_TO_BE_REPLACED 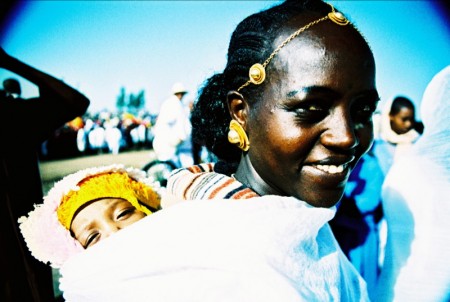 “Why don’t we have a Global Fund for maternal health, like the one for TB, malaria and AIDS?”, implored Dr Siriel Nanzia Massawe, an obstetrician in Dar es Salaam, Tanzania.

I was jolted by this desperate doctor’s question, buried in a recent New York Times article about the prevalence of maternal deaths during pregnancy and childbirth in sub-Saharan Africa.

You mean we don’t have a Global Fund fighting maternal – and for that matter, child – mortality? I wondered incredulously.

After all, two of the Millennium Development Goals (MDGs) call for a significant reduction in child and maternal mortality by 2015. And former UN secretary-general Kofi Annan established the Global Fund to Fight AIDS, Tuberculosis and Malaria in 2001 to reach this third health-related MDG.

So why has only the MDG addressing communicable diseases been deemed worthy of a Global Fund? After all, the international community is far behind on all MDG health-related targets: maternal mortality has been stagnant for two decades; more than nine million children under age five still die every year; and AIDS infection rates are still too high for antiretroviral treatments to keep pace.

Clearly, a more synergized and streamlined approach to the three health-related MDGs is desperately needed. Each one impacts the other: For example, AIDS and malaria cause specific complications for pregnant women and their fetus’s development.

In the end, perhaps every one of these MDG initiatives could be more fully realized if greater attention were paid to how they interact. Has the time for an integrated Global Fund for Health arrived? 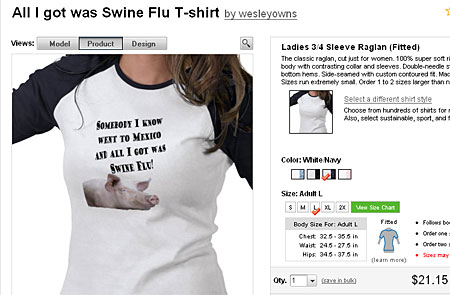 The latest in swine flu fashion