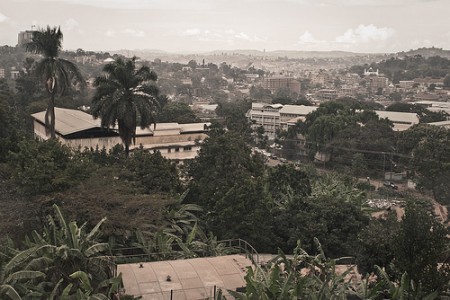 A view of Kampala.  Photo: hamoid/flickr

On Friday, the 14th of October, the State Department announced that the US was sending 100 military advisers to Uganda.  Their purpose: to help African troops pursue the Lord’s Resistance Army (LRA) and its leader, Joseph Kony, whom the ICC accuses of 21 counts of war crimes and 12 counts of crimes against humanity.  The deployment follows the unanimous passage and signing into law last year of legislation which makes it American policy to kill or capture Joseph Kony and defeat his army. END_OF_DOCUMENT_TOKEN_TO_BE_REPLACED 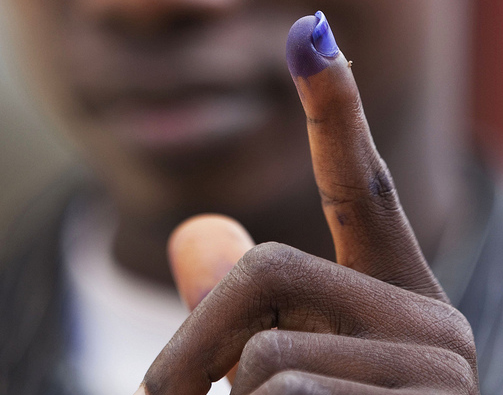 Some degree of controversy is almost inevitable at the annual announcement of perhaps the most prestigious prize in the world. The awarding of this year’s Nobel Peace Prize to three women’s rights activists is an undoubtedly appropriate recognition of the role of women in peace building. But opponents of Liberia’s incumbent president, joint-winner Ellen Johnson Sirleaf, claim that the prize is politically motivated and interferes with domestic politics. With the first round of presidential elections — in which Sirleaf is seeking re-election — taking place only days after the announcement, they fear the timing of the prize for Africa’s first elected female head of state could unfairly boost her prospects.

Whatever. As Liberians go to the polls today, the Nobel Peace Prize is hardly the main reason the international community is watching so closely, and apprehensively. With the images still fresh in our minds of the post-election violence in the Ivory Coast last year (in which Liberians were involved), these second elections since the end in 2003 of decades of civil war are an important test for Liberia’s fragile peace. If the presidential and legislative elections are conducted successfully, i.e. without major incident, then pressure will mount on the UN peacekeeping mission to withdraw. This will no doubt be a delicate undertaking in a country where the presence of international security forces has long been the main guarantor of peace. END_OF_DOCUMENT_TOKEN_TO_BE_REPLACED

Islands and the Changing Face of Sovereignty 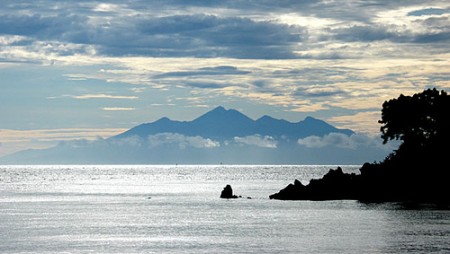 A scenic view of Lombok Island, Indonesia, a site of offshore detention.  Photo courtesy of vizzitor/flickr

When the history of the first decades of the 21st century is written, the US military detention facility at Guantanamo Bay Naval Base in Cuba is likely to feature prominently.  In the end, ‘Gitmo’ will always be synonymous with humanitarian abuses and allegations of American war crimes perpetrated as part of the ‘war on terror.’ END_OF_DOCUMENT_TOKEN_TO_BE_REPLACED

Workshop Tackles the Question: What is the Role of Business in Conflict Zones? 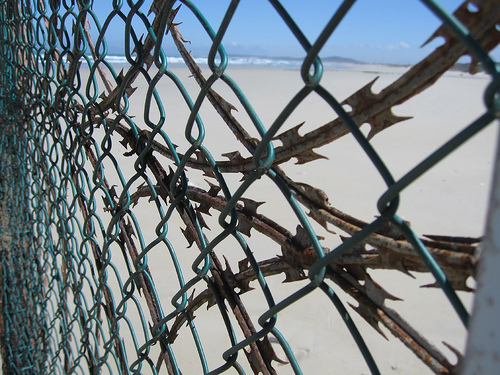 Within the last 20 years, the role of non-state actors – such as individuals and civil society organizations – within the international system has grown markedly. Consequently, new scholarly debates have emerged that seek to examine the role of non-state actors in today’s complex environments. In particular, the activities, actions, and even social responsibilities of business actors operating in conflict zones are increasingly being scrutinized.

On the one hand transnational corporations (TNC) in search of either cheap labor or access to extractive resources are moving more and more into developing, transitional economies where they are often confronted with challenging environments. To illustrate, the more recent uprisings and revolutions in the Middle East & North Africa (MENA) brought political risk to the doorstep of the TNC’s working in the region. Indeed, operating zones that were once relatively stable have become  volatile – not only forcing local residents to flee but local and international businesses (mostly in the oil and gas sector) to suspend operations. The impact of this has been most significant in Libya where, due to the violence between government and opposing forces and damage to energy infrastructure,  oil production has fallen from 1.6 million barrels per day (bpd) to roughly 60,000 bpd.

Needless to say, the major role that TNCs often play in host operating environments has led to a growing awareness within the international community that business actors can be more proactive about achieving peace and security objectives in more volatile, unstable environs. Such awareness is illustrated in the various legal approaches that increasingly seek to hold multinational corporations accountable for their actions in host countries – especially corporations based in Western democracies that operate in states with weak governance structures. On the other hand, at the local level, the idea of tailored economic development achieved within the context of conflict dynamics has also gained support. Here, especially, the question of the role that local business actors play both in the conflict as well as in peacemaking objectives becomes central.

To further examine the activities, responsibilities and actions of TNCs, as well as local businesses, operating in conflict-prone, political risky areas, a scientific workshop will be convened by the Center for Security Studies (CSS) / ETH Zurich, swisspeace, and Peace Research Institute in Frankfurt (PRIF/ HSFK). This meeting will take place on 13-14 November 2011 at the Europa Institute in Basel – bringing together an intimate group of roughly 30 experts to present papers and debate findings from various academic perspectives such as political science, anthropology, peace and conflict studies, business ethics, and law. Following this workshop, on Tuesday, 15 November 2011 swisspeace will hold its annual conference in Bern to continue with the discussion from a more practical point of view. Though the workshop is restricted to invited speakers, the conference in Bern is open to the public.

Combined, this unique workshop-conference approach is anchored by 2 core objectives – first, to bring various experts and interested parties together to exchange ideas and insights in an intimate setting and, second, to facilitate new research on the role of business actors in conflict that bridges science with policy. Conference proceedings will be published on the swisspeace website and selected papers from the workshop will be published in an edited volume. For more information contact Jennifer Giroux. 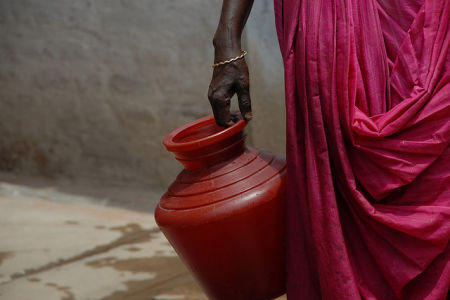 On Monday, August 29th, the Environmental Change and Security Progam (ECSP), part of the Woodrow Wilson International Center for Scholars in Washington, DC, will host a free afternoon event exploring the linkages between water access, gender, and conflict. “Digging Deeper: Water, Women, and Conflict” will be a panel discussion under the auspices of a fledgling ECSP research project examining how these dynamics interact and contribute to human insecurity. If you are unable to attend the event in person, it will also be transmitted live via webcast. END_OF_DOCUMENT_TOKEN_TO_BE_REPLACED