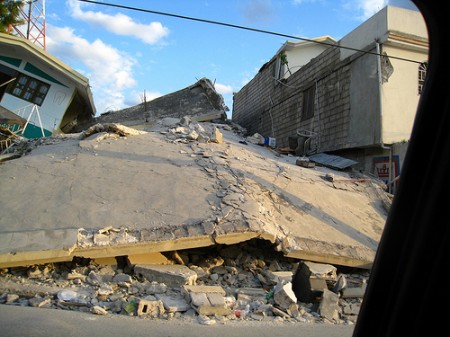 Still, it is my guess that the residents of Port-au-Prince would have preferred to see rescue workers with chain saws instead of journalists with camera equipment coming their way.
END_OF_DOCUMENT_TOKEN_TO_BE_REPLACED 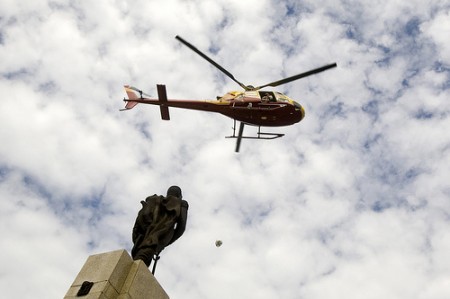 I’m on the ground. The numbers are high. […] We spent the day picking up dead bodies. That’s all we did.” – Music artist Wyclef Jean talking to Fox News about what he’s seen on the ground in Haiti.

Jean’s organization, Yele is collecting donations for the quake-devastated country. Medecins Sans Frontieres is also on the ground and seeing patients. MSF also has video updates of the situation.

Please consider donating to the organizations listed above or one of your choice. 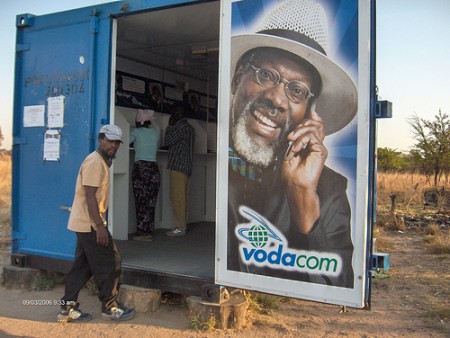 Before the internet comes the mobile phone / Photo: Esthr, flickr

They are among the most underdeveloped countries in the world. Only a minority of their people has access to electricity. Clean drinking water remains a distant dream. Many of their children continue to die of diseases that have long become extinct here in the West or are easily preventable.

But in one area, developing countries are clearly ahead of the industrialized world: the use of mobile phone applications.

Three-quarters of the world’s mobile phones are believed to be owned by people in developing countries.

In Africa, more people own mobile phones (37 percent) than have access to electricity (25 percent). (Note: Phones are often charged using rather ingenious methods, such as old car batteries). According to one estimate, about a billion people, most of them in the developing world, don’t have a bank account but – guess what? – own a cell phone.
END_OF_DOCUMENT_TOKEN_TO_BE_REPLACED 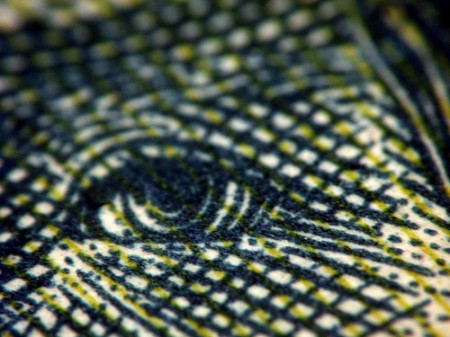 Consumers aren’t the only ones maxing out their credit cards. Governments are funding stimulus packages in the hope of bringing their national economies back to life. But in today’s pensive economic climate, can a suitable blend of spending and financial responsibility be achieved?

That’s the issue Peter Buxbaum tackles in Striking a Balance. In ISN Podcasts, Jörg Baumberger says that countries are susceptible to falling into a debt trap due to spending practices and most likely will raise taxes accordingly. 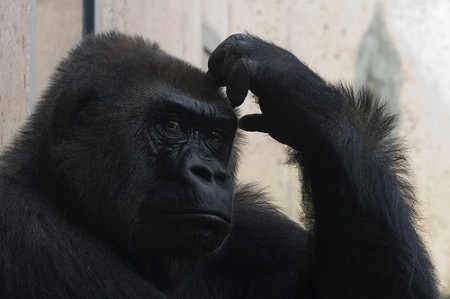 Forget the complexity of global warming and the diffuse threat posed by global terrorism. Back in the day, problems faced by the international community seemed so much more manageable. During the Cold War, we knew who the bad guys were and where the threats came from. Environmental degradation became an important issue in the 1980s, but the problems we faced still seemed pretty straightforward: to halt de-forestation and soil erosion, we have to stop cutting trees without replacing them; to prevent the whole-sale extinction of endangered species, we have to stop hunting them.

Relatively straightforward also was the first man-made atmospheric problem humankind faced back in the ’80s: the ozone hole.

The culprit, as scientists were able to convincingly show, was a single chemical substance: the ozone-depleting hydrochlorofluorocarbons (HCFCs), widely used as coolants in refrigerators, air conditioners and aerosol cans.

The international community got together in Montreal and agreed to phase out the use of this ozone-depleting substance. The result was the Montreal Protocol, which entered into force in 1987 and was touted by former UN Secretary-General Kofi Annan as ” perhaps the single most successful international agreement to date.”

Since January 1 of this year, developed states are bound by the treaty to cut HCFC consumption and production by 75 percent. The ozone hole is now slowly on the mend and scientists expect the hole to close within 50 to 100 years.

But as all our problems seem to be getting more and more complex in the 21st century, so does the good old ozone hole saga.

According to a recent piece in the New Scientist, the ozone hole over Antarctica is slowing down the warming of Antarctica (and thus the rising of sea levels). This is so because the thinning of the ozone layer is strengthening circumpolar winds that have a cooling effect on Antarctica. Once the ozone hole is closed up, the theory goes, it will trap more hot air and accelerate the melting of Antarctic glaciers.

It almost sounds as if global warming has turned the environmental success story of the 1980s into a no-win.

Or perhaps not? A scientist at Canada’s University of Waterloo, Professor Qin-Bin-Lu, now argues that the straightforward ban of HCFC in fact was more of a silver bullet to man-made atmospheric changes than we could have possibly imagined back in the ’80s.

Indeed, he argues that HCFC, and not CO2, is to blame for global warming all along. His satellite and balloon measurements show that HCFC is tens of thousands of times more potent as a greenhouse gas than CO2 on a molecule per molecule basis.  Hence, Lu expects the global phase-out of HCFCs to eventually allow global temperatures to revert back to pre-HCFC levels.

It is an interesting theory, but to me it simply sounds too good to be true. As a member of generation X, I’m used to problems being more complex than that, and I have been taught that there simply is no silver bullet or straightforward solution to the complex global threats out there.

Besides, cutting our CO2 emissions and not burning down our forests still seem like pretty good ideas to me.